Not gonna lie. I’ve never made banana soup before. I’ve put banana in vegetable curries before, along with mango and courgette, and it’s worked really well, but not just soup. So here we fucking go.. 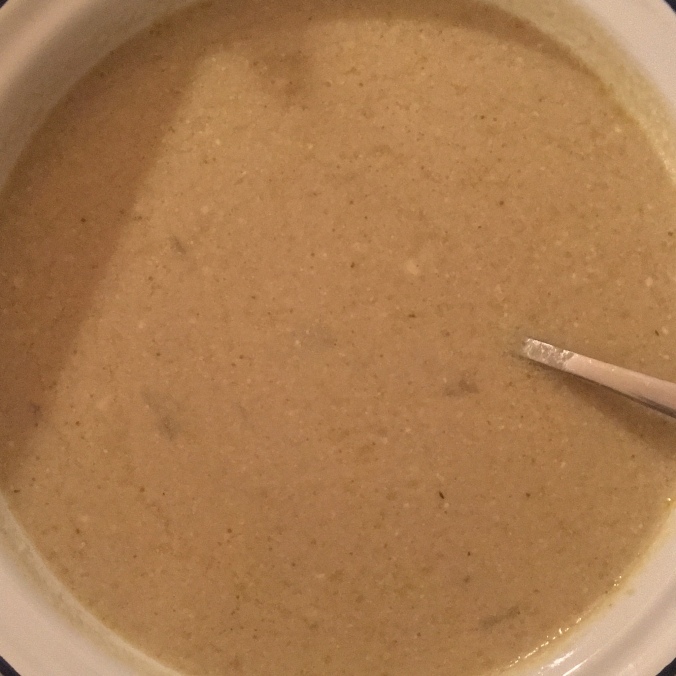 It doesn’t look like much, BUT BY GODS IT IS FANTASTIC.

This is also a bit fiddlier than other sooooooops. You will need to pre fry your onions in the olive oil and seasoning, spices, and your lemon or lime juice. When they have softened and caramelised, peel and chop your bananas. OBVIOUSLY you need to peel them first because well you’re going to look a bit daft if you don’t. Add the chopped bananas to the mix in the frying pan, and let the spices absorb and soften them a little.

Transfer the frying pan contents into your slow cooker, and pour the stock on top. Turn it up to high, and let it heat through until it starts to bubble. Once that happens, shove the contents into your whizzy thing with the coconut milk, and blend until smooth. You can then return it to the slow cooker, and allow it to heat on low until you’re ready for it. This will produce a thick satisfying soup.

Serve with a handful of flaked almonds on top, which are totally optional, duh.