This one is absolutely bursting with flavour. It’s a favourite, and with the dreadful festering (festive) season coming upon us (not a fan) Stilton comes out even more than usual in the shops. The ONLY things about this time of year I actually like, are the cold weather, and the cheese I can get.

DO NOT PEEL THE APPLES. DO NOT.

Remove their cores and chop into chunks, putting them into your slow cooker with the seasoning and herbs. Break the Stilton up, and add it to the mix. Add the olive oil and the water, and heat it up on high for half an hour. After that, add the can of coconut milk, and switch the slow cooker on auto for an hour and a half to two hours. The key is to wait for the apples to soften and melt down a little, as if you were stewing them.

Once they are soft, you can either leave the soup as it is, or shove it in a food processor to smooth it out a bit. Regardless of what you do, it will taste bloody MARVELLOUS. 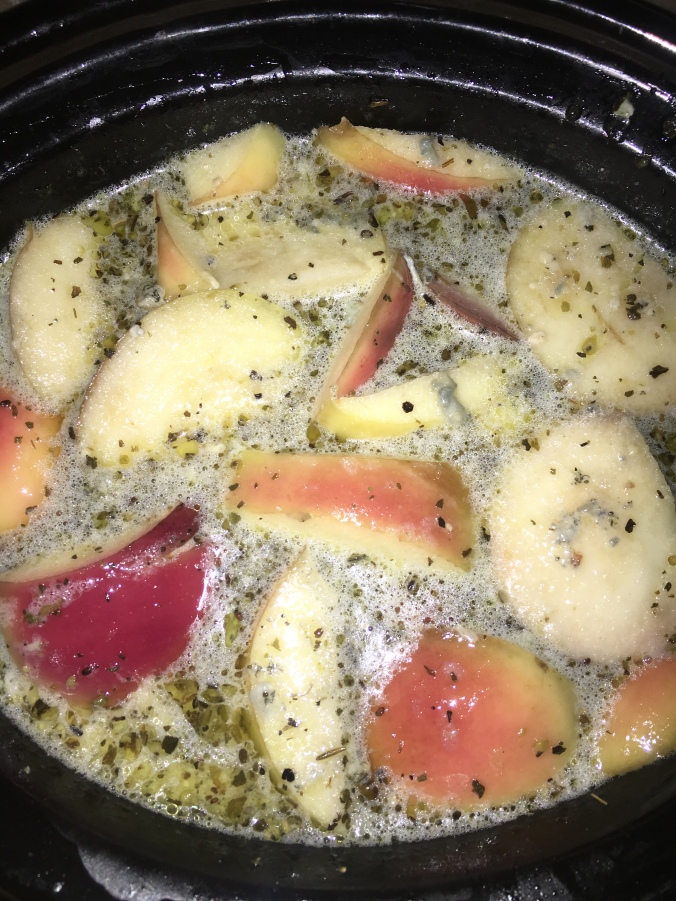 This makes a good starter soup, but it’s also fine for pigging out on too. I tend to do the latter.